Language is critical to inclusion. How we speak to (and about) one another influences how we treat each other.

Research shows that inclusive cultures are high-performing cultures – we are more driven to contribute and succeed when we feel we are appreciated for our unique contributions, and that we belong within the organisation and our immediate working teams.*)

The traditional use of the male term to represent both men and women has been part of many cultures and languages for generations – chairman, mankind, man-made. Historically it was acceptable in many languages to use male terms to represent women because society was male dominated. Two commonly quoted examples are the US Declaration of Independence “all men are created equal” and Star Trek’s infamous “where no man has gone before.”

Why is this important?

It is now widely understood that this common “acceptance” has impeded progress in creating fair opportunity in today’s society. For example many people today will still imagine you are talking about a man if you say Surgeon, Professor or Doctor.

We believe that addressing women and men (colleagues, customers and suppliers) equally in the words we use is respectful and ensures that we foster a fair and inclusive culture across our global organisation.

There are also words in all languages that through use have come to represent one gender over another. For example it is unlikely to see a man described as bossy or feisty, or a woman as muscular (unless intended as an insult!). Equally challenging is the use of different words for the same behaviours. Men are assertive, women are aggressive. Women are kind and caring but men are soft.

There is a growing body of evidence that certain words in job adverts appeal to or repel men and women. Unintentionally if the person writing the advert has an image of who they are seeking to attract, their unconscious bias will lead them to use descriptive words that will attract that stereotype. Some of these words might surprise you - for example the most commonly used male-gendered words in UK job adverts include lead, analyse, competitive, independent, active, confident. Female-gendered words include support, responsible, understanding, dependable, committed. Now you may think that these words do not imply gender bias in the way that ‘chairman’ does, but research shows that if you include words such as these in a job advert you are inadvertently reducing opportunity to attract diverse candidates.

At Mondi, we take gender equality seriously. We believe that addressing women and men (colleagues, customers and suppliers) equally in the words we use is respectful and ensures that we foster a fair and inclusive culture across our global organisation.

Language and perception are closely connected and influence views about gender roles. Languages are always evolving to reflect new realities and our choice of words must reflect the equal gender roles of today and the future. 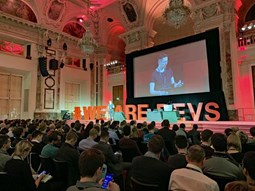 Mondi CDO Martin Gutberlet and data scientist Jillian Augustine were among the presenters sharing insights on digital transformation at top European conference for developers interested in Artificial Intelligence, Blockchain and the Internet of Things 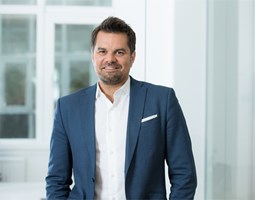 Inclusiveness and equality for people with disabilities

On the UN’s International Day of Persons with Disabilities, we recognise how an inclusive approach brings mutual rewards. 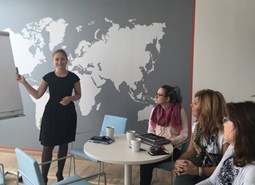 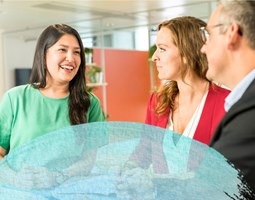 Bridging the generations: from baby boomers to generation Z

On International Youth Day 2019, we recognise the great diversity of ages in our workforce and the value of sharing knowledge across generations